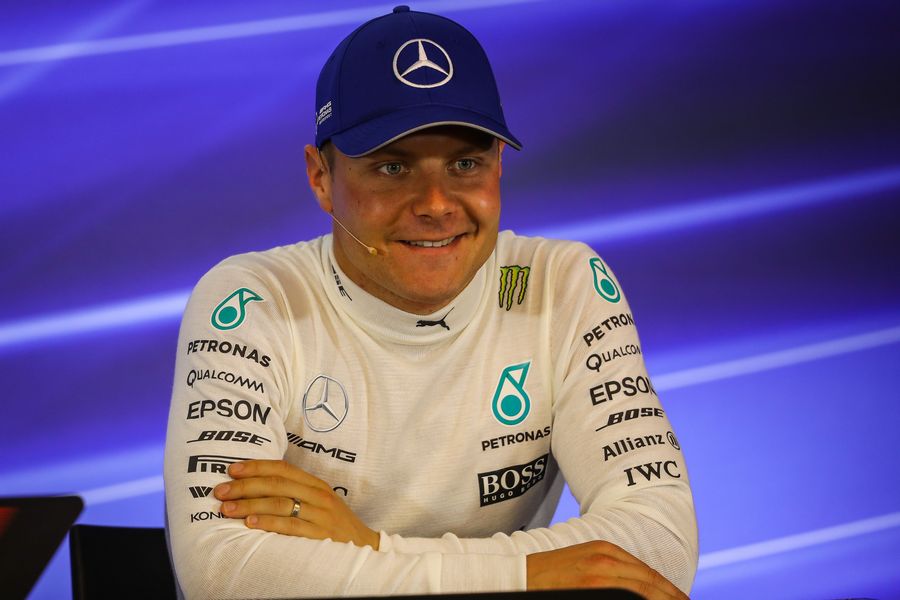 If you were thinking there may be a slight chance that Mercedes would bring another driver in to join Lewis Hamilton in 2018, your hunch didn’t materialize as Mercedes has extended the contract with Valtteri Bottas for another season.

A logical and good choice as the former Williams F1 driver has been doing a terrific job of gelling with the team and racing with Lewis. He’s brought a different vibe to the team and reduced the anxiety between drivers exponentially. He’s also won races and scored points which is exactly what Mercedes hired him to do.

Mercedes-AMG Petronas has agreed to a new deal with Valtteri Bottas for the 2018 Formula 1 season. It seems this one-year extension is all they were willing to commit to.

Valtteri joined the team in early 2017 and has started 13 races for the Silver Arrows so far. Having scored 197 points, the Finn currently holds third place in the drivers’ championship.

Since joining Mercedes-AMG Petronas Motorsport, the 28-year old driver has claimed his first Formula 1 wins (Russia, Austria) as well as his first F1 pole positions (Bahrain, Austria). This season alone, Valtteri has so far secured nine podiums – equaling the number of podiums he scored in his Formula 1 career before this season.

“We gave Valtteri a big challenge this year: joining the team at the eleventh hour, stepping up to the forefront of F1 and pairing with the sport’s best driver as his team-mate. With that in mind, his results have been probably even more impressive.

“There have been ups and downs – more ups, fewer downs – and some great highlights like his two race wins in Russian and Austria. Overall, the balance of his performances and his upward trajectory made it a no-brainer for us to continue with him into 2018.

“For our team, the bonus factors are the respect and sportsmanship that have grown between our two drivers. The chemistry and dynamic between Valtteri and Lewis work and are what we need to take the fight to our competitors.”

“I am honoured and proud to continue to work with Mercedes-AMG Petronas Motorsport in 2018 and to remain part of the Mercedes family. Together, we continue to grow stronger day by day, and by keeping up our hard work I believe the sky is the limit,” said Valtteri.

“Since joining the team in January, I’ve enjoyed every day working with them. The welcome and the support from every team member and all the fans has been invaluable. As a driver, I’ve been able to learn and grow massively, and we have already enjoyed some really good moments this season that I will never forget. I’ve been very impressed by the mentality, commitment and the team spirit this team holds. Partnering Lewis has also been really good, and I’m enjoying the respect we have and the will to push this team forward together.

“When the team hired me for the 2017 season, they took a leap of faith by putting their trust in my skills. This new contract for 2018 shows that I’ve earned that trust. I’m happy to have celebrated my first race wins in a Silver Arrow. However, there’s always room for improvement and I still have not shown my full potential. I will continue to work hard on and off the track, to further improve my driving, get even better results and show that putting their trust in me was the right decision. I want to thank all the board members, the people at the factories in Brackley and Brixworth as well as the race team and all the fans for their support and trust. It means a lot to me.”