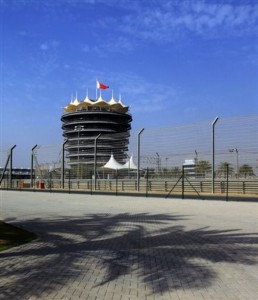 In this photograph taken May 31, 2011, the Bahrain International Circuit tower is seen at the Sakhir, Bahrain, racetrack that hosts a Formula One Grand Prix. After civil unrest prompted the 2011 F1 season opener scheduled for Bahrain in March to be called off, the Bahrain Grand Prix was rescheduled for October. Objections from teams and drivers, however, reportedly are casting fresh doubts on whether it will go ahead. (AP Photo/Hasan Jamali)